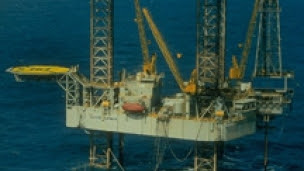 August 19, 2015September 9, 2015 Hussein Boffu
US company Paragon Offshore has appointed Inchcape Shipping Services (ISS) to provide marine and logistic services for a new drilling campaign off the Songo Songo Islands, Tanzania.
The Songo Songo project is the first new commercial drilling operation in Tanzania in a number of years. Paragon Offshore has been contracted by Tanzania’s first natural gas producer, PanAfrican Energy on a nine-month campaign.
“We are delighted by our first appointment by Paragon Offshore in East Africa,” said TS Mahesh, General Manager, ISS Tanzania.
“The opportunity to support this drilling campaign takes ISS to the next level in the oil and gas support service sector in Tanzania and boosts our future growth plans.”
The services ISS is providing for Paragon Offshore include full husbandry, crew logistics, visa assistance as well as arranging marine and air charters.
Paragon Offshore, a leading provider of standard specification offshore drilling services, is deploying jack-up rig M826, which was delivered to the field on board semi-submersible vessel, OHT Falcon, to be floated off and pinned to the drilling location.
M826 is expected to clear actively producing wells to enhance output and drill several new wells in the same field
.
Hussein Boffu
Hussein Boffu is a business consultant with experience in the oil and gas(energy)industry, business strategy development, business planning, research, due diligence, sales and marketing, project coordination, supplies and equipment procurement. He has a passion to help entrepreneurs and businesses in the energy sector to build, grow, and develop sustainable, profitable enterprises. So that they can create more employment and provide a good life for their families, employees, and communities. He can be reached via Hussein.Boffu@Tanzaniapetroleum.com or Text/Call/WhatsApp +255(0)655376543