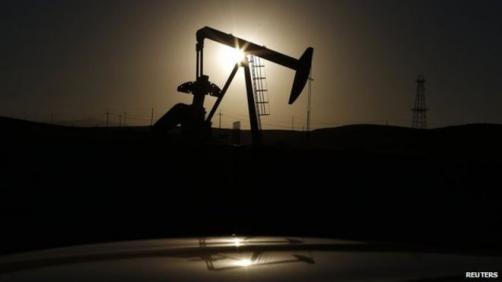 Oil prices may have further to fall despite stabilising in
recent months – and even beginning to rise modestly – because of a
massive oversupply the International Energy Agency (IEA) has said.
The IEA said lower oil prices were likely to last well into 2016.
The agency added the world oil market was unable to absorb the huge volumes of oil now being produced.
It follows the massive drop in prices which started last summer.
The price of Brent crude fell sharply last year from $115 a barrel in June to $45 a barrel in January.
The current price of Brent crude is $59 a barrel.
The fall in prices has led oil firms to cut back investment in
exploration, while North Sea oil has come under significant pressure.
All seven major global oil firms have also reported a year-on-year declines as a result of lower oil prices.
‘Oversupply’
Only last month the Office for Budget Responsibility
(OBR) forecast North Sea oil and gas revenues would fall to below 0.1%
of GDP over the coming decades.
It said the tax take from North Sea oil and gas had already fallen by 80% in the last three years.
“The oil market was massively oversupplied in the second quarter of
2015, and remains so today,” the IEA said in its monthly report.
“It
is equally clear that the market’s ability to absorb that oversupply is
unlikely to last. Onshore storage space is limited,” it said, adding:
“Something has to give.”
“The bottom of the market may still be ahead.”
Core members of the Organisation of Petroleum Exporting Countries
(Opec) have continued to produce the same level of oil in the past year
despite falling oil prices in an attempt to regain market share.
US
oil production has also soared in recent years, as fracking – or the
process of extracting oil from shale rock by injecting fluids into the
ground – has revolutionised oil production in the country.
Opec’s response to the fall in prices was to refuse to cut
production. Many Opec nations are able to tolerate a lower oil price
despite losing money.
Record
For other nations such as Russia the lower oil price is doing substantial harm to economic growth
Last
month, official figures showed the impact of international sanctions
over Russia’s continued involvement in east Ukraine and the lower oil
prices had led to a 4.9% contraction in the Russian economy in the 12
months to May.
The IEA said Opec crude oil production rose 340,000 barrels per day
(BPD) in June to 31.7 million barrel as day, a three-year high, led by
record output from Iraq, Saudi Arabia and the United Arab Emirates.
It said Saudi Arabian crude oil supply rose 50,000 barrels per day to
a record high of 10.35 million BPD in June, while Iraq crude oil output
surged 270,000 BPD in June to its highest-ever rate of 4.12 million
BPD.
However, increases in production have come just as demand for
oil in economies across the world from Europe to China – the world’s
second-largest consumer of oil – has slowed.
The IEA trimmed its forecast for global oil demand growth this year
slightly to 1.39 million BPD and said it expected global demand growth
to slow to 1.2 million BPD in 2016.
The agency added non-Opec supply growth was expected to grind to a
halt in 2016 as lower oil prices and spending cuts take their toll. It
forecast zero growth in non-Opec oil supply in 2016 after an increase of
1 million bpd in 2015.
Comment 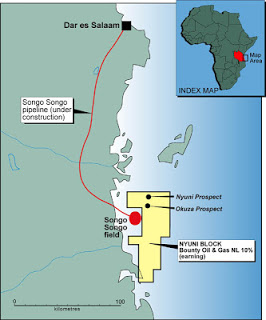 Where do We Find Oil and Gas?

Components of Production Sharing Contract in Kenya
Scroll to top