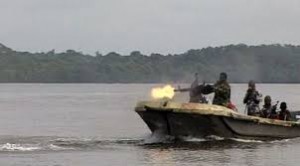 Oil and gas exploration companies operating in the country pay foreign private security companies US$3 million (about over 6bn/-) annually, which the Controller and Auditor General (CAG) says was improper.
CAG Prof Mussa Assad said the money could be put into proper use if it was paid to Tanzania People’s Defense Forces (TPDF).
You can also read: Cag to audit oil and gas companies
The national army, he said last week in Dar es Salaam, was mandated to deal with all the security of the country, including oil and gas drilling rigs.
According to him, that made it relevant for TPDF to qualify for the security consultancy fees currently paid to foreign firms, he explained.
Prof Assad said the move would also help support the local content policy for the oil and gas industry which is currently dominated by foreign operators.
He gave this outlook last week at the launch of Tanzania Oil and Gas Almanac. He said the involvement of TPDF would as well help save foreign exchange, which is currently repatriated by the security firms.
“I am sure that if the US$3 million could be paid to the army, it will be well spent to improve security of our natural resources,” Prof Assad argued.
He pointed out that before the discovery of oil and gas, Tanzania already had gold and diamond, whose mining continues to be undertaken by foreigners. Unfortunately, he argued, the country was yet to meaningfully benefit from the two minerals.
He said good governance was vital for these resources to benefit the whole country. He added that the launch of the almanac, which constitutes transparency tools, sought to boost transparency in the extractive industry.
Tanzania is poised to become as gas economy after discovery of more than 55 trillion cubic feet of natural gas.
Comment

Where do We Find Oil and Gas?
26 replies