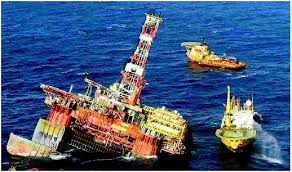 Dar es Salaam — The Tanganyika Law Society (TLS) has asked Prime Minister Majaliwa Kassim Majaliwa to spearhead the push for amendment of oil and gas legislation passed by Parliament in July to enhance transparency and accountability in the extractive industries.

TLS wants Mr Majaliwa, being the Head of Government Business in Parliament, to propose changes to the Petroleum Act of 2015, the Oil and Gas Revenue Management Act and the Tanzania Extractive Industries (transparency and Accountability) Act if they are to benefit the majority of Tanzanians.

The Parliament expeditiously passed the three legislations in July in the absence of opposition MPs, who were barred from the session for violating parliamentary Standing Orders. The tabling and subsequent passing of the bills sparked fierce criticism from opposition MPs and other stakeholders who had campaigned for the government to shelve the plan pending wider consultations.

The opposition argued that the bills were tabled in Parliament without following proper legal procedures, citing Section 80 of the Standing Orders, noting that they were supposed to be gazetted at least twice, not once as it was the case.

There was also a general feeling in civil society that the bills were being rushed without a clear guidance and any evidence that the wider public and key stakeholders were sufficiently consulted.

Despite the widespread criticism against the bills, the then President Jakaya Kikwete assented to them in August.

Although TLS says in its message to the PM that some provisions in the laws were good, it adds that there were areas that needed to be urgently reviewed.

“Based on the bills endorsed by Parliament, we hereby call upon you as the head of government business in Parliament to consider proposing amendment to the legislations for greater economic benefit, enhanced transparency and accountability in the extractive industry,” say the lawyers.

Yesterday, TLS president Charles Rwechungura told The Citizen that the body was seeking audience with the PM to make their case well understood.

“The (TLS) secretariat is seeking an appointment with the PM for us to present our case in person… we believe it will be a successful endeavour,” he said.

Mr Rwechungura said the organisation was also planning to meet heads of other key government institutions such as the Attorney General and Speaker of the National Assembly to present them with issues their offices can do to promote the rule of law in the country.”

One of the areas in which TLS calls for change is Section 29 of the Petroleum Act that sets a requirement of disclosing agreements, licences, exemptions and permits.

TLS argues that the section should be amended to make such disclosures mandatory without the need for approval of a minister for effective transparency and accountability.

According TLS, the amendment was crucial to align the Act with the Extractive Industries (Transparency and Accountability) Act, 2015 which requires full disclosure of agreements and licences.

TLS has also poked holes in the applicability of the Petroleum Act for both Tanzania Mainland and Zanzibar.

The Act categorically states that it is to be applied for both Tanzania Mainland and Zanzibar unless and until the Isles enacts a law to separately regulate its petroleum operations.

But the lawyers’ body feels that the controversies around Union and non-Union matters, particularly on ownership of natural resources and non-existence of some key institutions such as the National Oil Company (TPDC) in all parts of the Union, will curtail operations in the industry.

TLS also wants strategic oversight and direction over oil and gas be removed from a relevant minister and placed on the parliament for effective accountability as the case is with Ghana and Norway.

Under Section 4 (3) of the Act, strategic oversight and direction over oil and gas is vested in the Cabinet.

Regarding the Oil and Gas Revenue Management Act, TLS cautions the PM on the dangers of using GDP as the benchmark for saving of revenue derived from oil and gas.

“This puts saving at a precarious situation as chances are that revenue might not exceed 3 per cent of the GDP, given the fact that GDP is not static over the years and experience from Ghana shows that they have never attained 3 per cent of their GDP from oil and gas revenue,” says the lawyers.

Under Section 17 (1) (c) (ii) of the Oil and Gas Revenue Management Act , funds in the Revenue Saving Account can be deposited to cover for deficit in a year that revenue from oil and gas do not exceed 3 per cent of the GDP.

“These provisions defeat the object of saving for future generations,” TLS says.

Concerning the Extractive Industries (Transparency and Accountability) Act, 2015, TLS argues that the independence of a committee formed as an oversight body for promoting and enhancing transparency and accountability in the extractive industry has been compromised in many ways. The Section recognises the committee as a government entity.