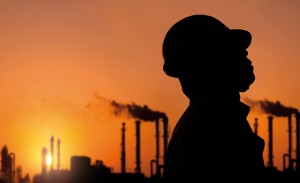 In order to understand the present scenario in Tanzanian oil and gas sector, it is important to take a traditional outlook from where our country is coming from

The past scenario for Tanzanian oil and gas sector

The 1950s- BP and Shell drilled and discovered dry hole

In 1982- Another Gas reserve was found in Mnazi Bay
In 1983- There was low oil price and, for this reason, it become more difficult than ever to draw in worldwide investors.
The 1990s- The work a project based on the 1974 Songo Songo gas area began evolving

In 1992-Tanzania released a variety of power change projects, such as a National Energy Policy, which began out up kind of market participation in creating electricity

For long, it could not create its gas sources because the discoveries were not considered for commercial viable.

The foreign oil companies that had capability were simply not fascinated in making a financial commitment.

The first significant project, the Songo Songo gas-to-electricity project, only came into being with contributor assistance.

Nowadays, a variety of oil and gas companies working in Tanzania, such as some of the giant oil player.

The nation, therefore, is based less on growth assistance for enhancing the oil market.

The change of the whole lawful and management structure that controls oil sources, which is continuous, indicates to a come back to a more effective part of the state.

The completions of Mtwara- Dar es salaam gas pipeline project in Oct 2015 plus the LNG place plan could put Tanzanian oil and gas sector t in the next level.

The attempt has been done by the govt to build up local content indication many Tanzanians would have fun with the whole sequence of oil and gas sector and the resources would benefit people and nation in common at the time production starts which is predicted at least in 2022.

There brighter days ahead for Tanzanian oil and gas sector