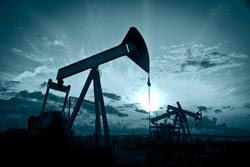 Aminex has announced its half-yearly report for the six months ended 30 June 2015 and provided an update on its operations in Tanzania. The loss for the period was $0.61 million compared with $4.74 million for the six month period ended 30 June 2014.HIGHLIGHTS: FINANCIAL$2.45 million (net of expenses) equity issue successfully completedCompletion of sale of 6.5% interest in Kiliwani North Development Licence for $3.5 million to Solo Oil plcCorporate loan facility extended until 31 January 2016Loss for period $606,000 (2014: $4.74 million)Ongoing discussions with financial institution for provision of development capital for Ruvuma and restructuring current debt facility OPERATIONALCompetent Persons Report assigns 98 BCF gross (70 BCF net) Contingent Resources to Kiliwani North-1 and Ntorya-1Gas Sales Agreement expected to be signed with first gas from Kiliwani North in Q3 2015 Ongoing planning for Ntorya-2 and Ntorya-3 appraisal drilling to deliver near term revenuesNyuni Area PSA work programme varied and deferral of drilling obligations approved by Ministry of Energy and MinesSale of Egyptian interest into a royalty position in August 2015 Aminex CEO Jay Bhattacherjee commented: ‘Aminex is looking forward to first gas production from Kiliwani North within the current quarter in line with the timetable issued by the Tanzanian authorities following the commencement of production into the new main gas pipeline in the south of the country. The signing of the Kiliwani North Gas Sales Agreement, expected in the near future, should also assist the acceleration of the Company’s other activities, particularly appraisal drilling at Ntorya. Your Board believes that the steps we are taking will be significant for the growth of the Company and underline its strategy to focus on key assets in Tanzania, ever seeking new production and development opportunities. We are grateful for the continuing support of our shareholders and we look forward to providing positive updates in due course.’