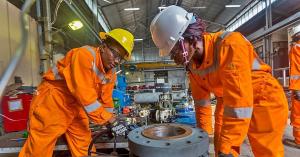 Works on the oil facilities and oil and gas field development are key growth drivers for the East African countries including Uganda, Tanzania, South Sudan, Kenya and Mozambique  to join the league of oil-exporting countries

But some are successful and other  country’s first oil production will likely be delayed.

The French major, Total has already been suspended work on the $3.5 billion Uganda-Tanzania oil export pipeline. According according to Reuters report , the project has been suspended after the collapse of Uk based firm Tullow oil plan to sell a stake in the project to France’s Total and China’s CNOOC.

According to the report published by fitch solution, Marco research pointed out that due to set back of the project implementation in Uganda the commencement of production would be delayed, likely until 2024 instead of 2022 as initially expected

In May 2019, Uganda announced a second licensing round to cover five blocks in the highly prospective Albertine Graben. Uganda is an attractive investment opportunity combining high-success rates of oil discovery, with a liberalized economy open to international investment.

Jon Lawrence, an analyst with Wood Mackenzie’s sub-Saharan Africa upstream team, said: “Mozambique LNG is one of two LNG mega-projects that have been seeking sanction for over four years in Mozambique. The other is the ExxonMobil-led Rovuma LNG development. With strong LNG demand growth out of Asia, now is Mozambique’s time.”

Sitting close to the Asian Market where there is strong LNG demand growth, Mozambique has the opportunity to become a new source of global energy supply.

Kenya expects first oil production to begin in 2022. The current 200,000 barrels of oil export is the early oil pilot scheme to test the market of Kenyan oil. Kenya also planning to build a pipeline that will transport crude oil from Lokichar Basin to Lamu Port. The country also plans to build a refinery to replace the one that closed in 2013.

South Sudan is an oil-exporting country. It recently made a discovery of crude oil in the northern oilfields of Adar holding over 5 million barrels of recoverable oil.

Partnerships and Local Content Collaboration Are Key To Harnessing Oil and...

LP Gas:Harmonizing Development And Growth In Nigeria And Africa
Scroll to top