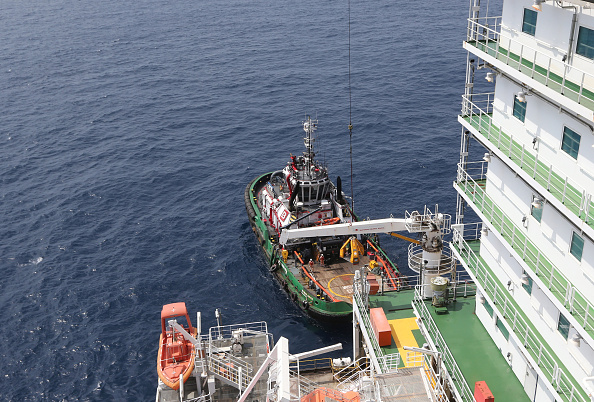 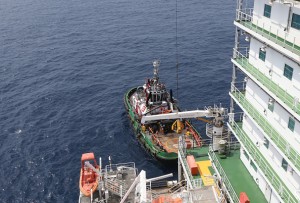 As drought continues to cripple its hydropower plants, Tanzania is struggling to produce enough electricity — and is moving towards using more fossil fuels to make up the shortfall.

Hydropower plants normally produce about 35% of Tanzania’s electricity needs, with gas and oil plants making up most of the difference.

In October the east African nation was forced to shut down its main hydropower facility for nearly a month because the water level was too low to run the turbines, officials said.

In December, the country’s hydropower plants, which can produce as much as 561 megawatts of power, generated only 110MW, according to Tanesco.

“The main challenge we have been facing is overreliance on hydropower as the major source of electricity, which is hard to maintain due to unpredictable weather,” said Tanesco’s managing director Felchesmi Mramba in an interview.

While Tanzania has significant untapped renewable energy potential from sources such as geothermal, solar and wind, the government has mostly failed to tap this potential as an alternative to hydropower, said University of Dar es Salaam Institute of Resource Assessment climate change expert Agnes Mwakaje.

However, Tanzania’s minister for energy and minerals Sospeter Muhongo said the government is keen to invest in alternative power production, including using wind and solar, to meet the hydropower shortfall and give hydropower dams time to refill.

Mtera and Kidatu hydropower dams on the Great Ruaha River at one point shut down for three weeks because water levels fell below the minimum required, officials said.

“The water level in most of our hydropower dams is not sufficient to generate electricity, yet there’s nothing we can do other than waiting for the rains to come,” Mr Mramba told the Thomson Reuters Foundation.

In an effort to find a more reliable mix of energy sources, Tanesco is now building more gas-fired power plants, and looking at other renewable energy sources to supply the national grid.

“We are hoping to reduce hydropower dependence to 15% once our gas-fired plants become fully operational,” Mr Mramba said. According to Tanesco, gas power plants could provide 60% of the country’s electricity needs.

Tanzania’s government last year launched an electricity supply “roadmap” that aims to boost generating capacity from about 1,590MW today to 10,800MW in a decade, largely by building more gas and coal power plants.

Analysts say diversifying power sources is crucial to avoiding shortages like that caused by the current drought.

“Tanesco must use an energy mix in the order of priority to include natural gas, coal, hydro and renewables if it has to make electricity generation sustainable,” said an economics professor at the University of Dar es Salaam, Haji Semboja.

“Natural gas can keep electricity flowing when the sun doesn’t shine and the wind fails to blow. You can switch it on and off pretty quickly,” he said.

Although Tanzania has for many years depended on hydropower, the country’s electricity generation has moved increasingly towards gas over the last decade after off-shore gas deposits were discovered near Mtwara on the southeast coast.

Today, oil and gas facilities account for 63% of the country’s power generating capacity, compared to 36% for hydropower, the government said.

Tanzania has more than 58-trillion cubic feet of gas, equivalent to 9.2-billion barrels of oil, according to the Ministry of Energy and Minerals. The country also has 1.9-billion tons of coal that could be used to generate electricity, the ministry said.

Ministry officials say that Tanzania, facing power shortages, should consider increasing its use of coal to produce electricity, even though burning coal is a major driver of climate change.

“It is the dirtiest but cheapest source of energy. Many countries are still producing their electricity almost entirely from coal. So why not Tanzania?” asked Ministry of Energy and Minerals commissioner for petroleum and energy Hosea Mbise.

But the government is also planning to use some solar, wind and geothermal power in its energy mix. A $132-million, 50MW wind facility is being built, Mr Mbise said, and the country hopes to win funding from the African Development Bank to develop geothermal plants.

About 36% of Tanzanians have access to electricity, and only 7% of those are in rural areas, according to the ministry. It said demand for electricity is growing by between 10% and 15% a year.

Tanzania oil and gas industry and what you need to know to engage the indus...