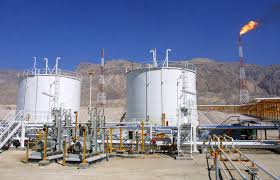 Swala Oil and Gas Tanzania Plc Chief Executive Officer, Dr David Ridge, said that there have been small finds in quite a few places but the big discoveries have been in Tanzania and Mozambique, where plans to develop LNG plants are well advanced.

“The volumes discovered so far in Tanzania are significant: if you poured it all over the country, it would cover the whole country to a height of 1.5 metres – and we expect more to be discovered,” he said.

The big story in 2014-2015 has been the collapse of oil prices, from over 120 US Dollars per barrel last year to about 50 US Dollars at the moment. Looking at oil prices over the past 150 years, the current expectation is that we shall have low oil prices for a few more years.

Dr Ridge cited that in terms of African producers generally, a collapse in oil prices has meant that revenues have been less from production and countries have had to tighten their belt.

Projects that were viable or competitive at higher prices now are not, and are either mothballed or delayed. “On top of that oil price pain, companies have started to look at the general conditions under which they invest and warnings have become more pertinent in a low oil price environment: oil and gas is global game and companies are not forced to invest in any given country,” he cited.

With all the upheaval in the world markets, and all the confusion around project development, Swala Oil and Gas Tanzania earlier this year announced the farm of Tata Petrodyne Limited (TPL) to their assets, a move that is a vote of confidence.

In exchange, TPL will receive 25 per cent of the Kilosa- Kilombero and Pangani licences. “TPL is in total paying nearly 11 million US Dollars to buy into our assets and it means that you, as shareholders, can look forward to a 2016 drilling campaign paid for by this investment. It is the best onshore farm-in deal that I have seen in a while and a vote of confidence in Swala’s assets,” he explained.

In August, Swala Energy Limited disclosed that its subsidiary company Swala Oil and Gas (Tanzania) Plc had received a no objection notice from the Tanzanian Ministry of Energy and Mines to the farm-out of 50 percent of its interests in the Kilosa-Kilombero and Pangani licences in central and northern Tanzania, respectively to India’s Tata Petrodyne Limited (TPL).

With the receipt of consents from the Tanzanian Petroleum Development Corporation (TPDC), the Tanzanian Revenue Authority (TRA) and now from the Ministry of Energy and Mines, the company is awaiting only the consent of the Fair Competition Commission (FCC), the firm said in a statement.

“The rapid approval by the Tanzanian regulators to the farm-out of the SOGTP licences illustrates their desire to encourage activity in this important economic sector.

We are confident that the FCC consent shall be received soon, which shall allow TPL to join the licence joint venture ahead of the planned drilling campaign.” said Dr Ridge.

In June, this year, Swala Oil and Gas announced it reached an agreement with TPL, a subsidiary of the multinational Tata Sons Limited, under which TPL shall farm into the Pangani and Kilosa-Kilombero licences in Tanzania.

Swala is currently working on the Environmental Impact Assessment and preparing the drilling teams. They are constrained in when they can do things because of the weather windows but they are aiming to drill Kito on the third quarter of 2016 followed by a Pangani well, subject to the technical review, in the fourth quarter.

Though the company has not yet discovered oil, they have done enough work to give them confidence that all the right ingredients are there and their technical case is promising.

The other leads could, together, contain an average of 1.5 barrels. This is what could be there but one can never recover 100 per cent of what is in the ground but only time will tell.