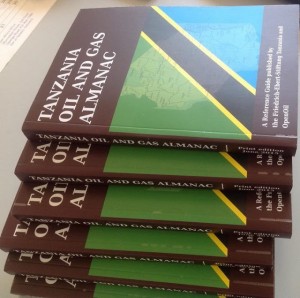 Dubbed the Tanzania Oil and Gas Almanac, the database will be available in hard copy and on the internet in both Kiswahili and English languages. Speaking at the launch of the portal yesterday, retired Controller and Auditor General (CAG), Mr Ludovick Utouh, was hopeful that the almanac will enhance transparency in the nascent industry.

“The challenge is however to spread the information to people in rural areas who can hardly access the internet,” Mr Utouh noted. The almanac, according to FES Resident Director in Tanzania, Mr Rolf Paasch, will assist the country to promote transparency and accountability in the oil and gas sector.

“It has been created to significantly increase the stock of information available in local contexts among extractive stakeholders including civil society organizations, government, the media and international oil companies,” he explained.

Adding: “Information included in the database has been drawn from publicly available sources. It was created using Media Wiki software, meaning that there will be online database of all updated articles.”

The Chief Editor of the almanac, Mr Abdallah Katunzi, said the portal will provide timely information for the general public, researchers, policy makers and the media, among other stakeholders.

“There are about 16 countries in the world with such a database; lack of information on extractive industry is among challenges the country has been facing,” Mr Katunzi who is a lecturer at the University of Dar es Salaam, noted.

According to Katunzi, study conducted by research organization Twaweza found out that 77 per cent of Tanzanians are not aware of discoveries of natural gas and thus the need for heightened awareness.

“In the study it was found out as well that three out of four Tanzanians had no idea of the existing natural gas policies. The almanac will provide information on all issues to do with the industry,” he explained.

At the same occasion, the Executive Director of Twaweza, Mr Aidan Eyakuze, urged operators of the portal to provide information that can be easily interpreted by users.

“It will play a crucial role for people to obtain information but I urge those operating to ensure they post useful and high quality data,” Mr Eyakuze stressed.

Tanzania has so far discovered more than 55 trillion cubic feet (tcf) of natural gas and exploration is still underway in both offshore and onshore. With the reserve at hand, the country readies itself to join the gas economy.