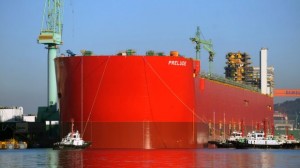 On Monday, Shell officially acquired BG Group and its assets in a $55 billion deal, touted as the biggest energy deal in more than a decade — positioning Tanzania as one of the continents’ top supplier of gas.

Tanzania is expected to endorse the transaction and change of shareholding once the capital gains tax payment has been effected.

The takeover now gives Shell a 16 per cent controlling stake in the world’s liquefied natural gas (LNG) business, with Tanzania and Egypt as its anchor operation areas on the African continent. Tanzania has proven reserves of 55 trillion cubic feet of natural gas, which is expected to generate almost $5 billion annually.

The country is expected to construct an LNG plant at the start of next year, with a target completion date of 2024, depending on Shell’s strategies.

BG Group Tanzania, with its partner Ophir Energy, has invested over $1 billion in a fast-track exploration appraisal programme. BG owned 16 wells for blocks 1, 2 and 3, which contain an estimated one-third of Tanzania’s gas reserves.

BG Group declined to discuss the transaction details and the amount payable to Tanzania.

Three years ago, Tanzania received a capital gains tax of $258 million on the proposed $1.3 billion asset sale of Ophir Energy’s natural gas fields in the country to a unit of Singapore’s Temasek Holdings.