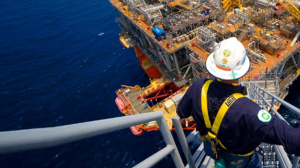 There have been some significant oil and gas discoveries across East Africa, primarily in Mozambique, Tanzania, Kenya, and Uganda and have propelled East Africa from the minor league to a global leader in hydrocarbon discoveries for the running ten years.

But the simple truth is that, the East African oil and gas industry has changed in the last few years. And understanding these changes is crucial for redirecting your business to match the new reality.

Here are six trends in the East African oil and gas industry worth watching this year and throughout the decade.

With oil prices being low for a while, everyone is competing for investment.

In 2020, you are going to see East African countries are continuing to review their regulatory frameworks to ensure they serve domestic development priorities, remain attractive to investors. And ensure a faster-approved permit in your hand so you keep your drilling rig moving and your project on track.

Even as oil prices began to recover in 2017 and 2018, the industry remained focused  and now place a huge premium on productivity, innovation and  high performance of the workforce. And that is expected to continue in 2020 and beyond

The key shortage in East African oil and gas is one of the qualified personnel with skills and expertise to deliver productivity and high performance needed.

There are simply not enough  skills and expertise to supply all the demand. You will not be able to hire skills  quickly enough or insufficient volume to deliver the innovation and high performance required

However, the following technological advances in the oil and gas, training your youth team and experienced workers is the answer.

East Africa has realized that collaboration is their future. They understand if they want to maintain future business, they have to collaborate. You have seen what happened in East Africa since 2016. Uganda and Tanzania are planning to build a 1445 kilometer pipeline that will transport crude oil from Hoima in Uganda to Tanga port in Tanzania. A plan to export Tanzanian gas to Kenya is also being explored.

Following the successful implementation of oil and gas projects, it’s encouraging to see now, East African operators are moving forward, to replicate the success of these projects elsewhere in Africa.

For example, Canada based company, Orca exploration which operates the Songo Songo gas field in Tanzania under its subsidiary, Pan African energy Tanzania (PAET) is seeking to expand Company’s Integrated Gas Business elsewhere in Africa. As the East African region to strengthen its local content. This trend will accelerate in 2020 and beyond

East Africa’s gas demand is expected to grow in the coming years. This is driven by increasing industrialization and power demand in the region. In its latest operational update  released on January 28, Pan African energy  operators of the Songo Songo gas field see the Tanzanian  gas demand rising this year and beyond.

This is driven by the expansion of gas-fired power generation, industrial users and expected start dates for new gas-fired generation.

Oil and gas companies are adopting new  technology  to lower cost, increase  productivity and improve operational efficiency. An increased use of measurement-while-drilling (MWD)  and logging-while-drilling (LWD) tools which collect data during the drilling process could improve drilling accuracy.

Developing and training  the users of these up-to-dated technology in the industry is the best way to save  time in saving money in the East African oil and gas industry.