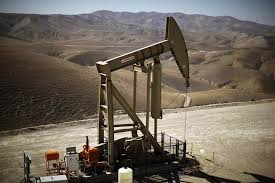 Tanzania – Swala Oil and Gas Tanzania will continue with its exploration programs across the country despite a drastic fall in global oil prices which has affected oil share prices globally including Tanzania.

Speaking shortly after the Annual General Meeting a year since its listing on the Dar es Salaam Stock Exchange (DSE), Swala Chief Executive Officer, David Ridge told reporters that for the past twelve months oil has come down from $130 to $50 a barrel adding that the situation has affected oil share prices everywhere in the world.

Dr Ridge said Swala Tanzania Initial Public Offer (IPO) price of Tsh 500 was the price still in existence since the company listed on DSE stressing that it has maintained the value over the last twelve months.

He however noted that, the company has lost 18% to 16% of its share value in the last twelve months explaining that the movement in share prices is global and partly driven by the fluctuating oil prices. “In case oil prices change just like other commodities do that will be reflected in the line share pricing” he said

Ridge noted that, if the market is difficult and share prices are going down investors are obliged to look for other ways of financing and the deal that Swala entered with Tata Petrodyne was one such way of alternatively financing Swala developments.

“Despite the fall of oil prices, Tata was willing to seal the deal that ensured that we will be able to sell some equity to a new participant. In our agreement, Tata will pay us a portion of past costs that will enable us to get an additional $6 million from $7.5 million which will go a long way in financing our operational costs”, said Dr Ridge.

“Tata Petrodyne will also pay part of our drilling costs up to about $4 million to $4.5 million and if we are successful in Kilombero they will pay another $1 million to work on exploration which brings the total value of the deal to stand at $12.5 million. In this regard, we do not have to raisemore equity at the time when the share prices have not come to its ideal prices,” he added.

Swala is the first oil and gas company to list on an East African stock exchange. It is an affiliated company to Swala Energy Limited, a company that is listed on the Australian Securities Exchange (ASX).

Swala holds assets in the world-class East African Rift System with a total net land package in excess of 17,500km2. Swala has an active operational and business development programme to continue to grow its presence in the hydrocarbon provinces of East Africa.