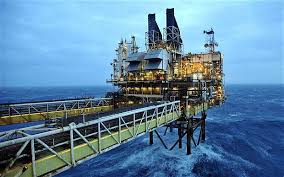 Orca Exploration Group Inc. (“Orca” or the “Company”) announces that it has entered into a loan agreement with International Finance Corporation (“IFC”), a member of the World Bank Group, for a US$60 million investment (the “Loan”) in the Company’s operating subsidiary, PanAfrican Energy Tanzania Limited (“PAET”).

Proceeds of the Loan will be used to fund part of an estimated US$120 million first phase of a Songo Songo Main Field development programme (the “Off-Shore Programme”) currently being undertaken using the Paragon M826 drilling rig (commenced in September 2015). The Off-Shore Programme is designed to (i) put safe existing suspended and operating production wells; (ii) restore and increase the current productive capacity of the Songo Songo Main Field to ensure the continued delivery of Protected and Additional gas into the existing Songas infrastructure; and (iii) provide additional operational redundancy and deliverability for future additional gas sales, by way of the workover and recompletion, abandonment or sidetrack drilling of three existing offshore wells, and/or the drilling of additional production gas wells at locations to be determined in the region of the existing offshore wells depending  on the outcome of the workovers. Since programme commencement, previously suspended production wells SS-5 and SS-9 have been successfully worked over and recompleted, and have been restored to full productive capacity estimated to be approximately 35 MMscfd per well.

The Off-Shore Programme is intended to restore and expand field productive capacity from approximately 83 million standard cubic feet per day (“MMscfd”) prior to the programme to approximately 190 MMscfd on completion of the programme. When completed, the field is expected to be capable of both filling the existing Songas infrastructure to capacity of approximately 102 MMscfd, as well as providing additional gas volumes to the newly commissioned National Natural Gas Infrastructure Project (“NNGIP”) as and when contracted.

The term of the Loan is 10-years, with no repayment of principal for the first seven years, followed by a three-year amortization period.  The Loan is an unsecured subordinated obligation of PAET and is guaranteed by Orca to a maximum of US$30 million.  The guarantee may only be called upon by IFC at maturity in 2025 and, subject to (among others) IFC approval, Orca may issue shares in fulfillment of all or part of the guarantee obligation in 2025, subject to receipt of all required regulatory approvals.

Base interest on the Loan is payable quarterly at 10% per annum on a ‘pay-if-you-can-basis’ using a formula to calculate the net cash available for such payments as at any given interest payment date.  In addition, an annual variable participatory interest equating to 7% of the cash flow of PAET net of capital expenditures is payable in respect of any given year, commencing with 2016.  Such participatory interest survives the repayment and/or maturity of the Loan until 15 October 2026.  It is also detachable from the Loan and accordingly can be transferred independently.  Dividends and distributions from PAET to Orca are restricted during the term of the Off-Shore Programme and at any time that any amounts of unpaid interest, principal or participating interest are outstanding.

The Loan is available subject to the fulfilment of certain conditions, which include attending to the registration of the Loan with the Bank of Tanzania and W. David Lyons entering into arrangements, satisfactory to IFC, whereby he will commit (directly or indirectly) not to reduce his beneficial ownership in Orca in a way that would result in him having less than 51% of the voting rights therein.

“The conclusion of the IFC financing is a significant achievement for Orca and an important endorsement of the Company’s continuing commitment to Tanzania,” commented W. David Lyons, Orca Chairman and Chief Executive Officer. “It allows us to raise finance and manage risk in the face of a challenging business environment, and to undertake urgently needed development of the Songo Songo field. It further safeguards Songo Songo’s future as an important part of Tanzania’s energy security.  The World Bank was instrumental in bringing the Songo Songo gas-to-electricity project to reality some 20 years ago and Orca is pleased to continue this long-term relationship, now directly with IFC, in support of the sustainable development of Tanzania’s energy resources.”

“The Songo Songo field is Tanzania’s most important source of proven natural gas production, and is the largest supplier of energy to the Dar es Salaam region” said Lance Crist, IFC Global Head of Natural Resources. “Through this investment, IFC is working to help to alleviate electricity shortages in Tanzania, which are an impediment to the country’s continued economic growth and development.”

IFC, a member of the World Bank Group, is the largest global development institution focused on the private sector in emerging markets. Working with more than 2,000 businesses worldwide, IFC uses its capital, expertise, and influence to create opportunity where it’s needed most. In FY15, IFC’s long-term investments in developing countries rose to nearly $18 billion, helping the private sector play an essential role in the global effort to end extreme poverty and boost shared prosperity. For more information, visit www.ifc.org.

Orca is an international public company engaged in natural gas exploration, development and supply in Tanzania through its wholly-owned subsidiary PanAfrican Energy Tanzania Limited, as well as oil and gas appraisal in Italy. Orca trades on the TSX Venture Exchange under the trading symbols ORC.A and ORC.B.