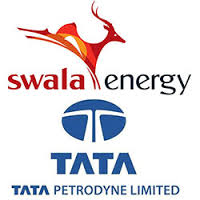 Swala Energy has announced that its subsidiary Swala Oil and Gas (Tanzania) Plc and Tata Petrodyne Limited (TPL) have finalised the outstanding terms of their farmout agreement for the Kilosa-Kilombero and Pangani licences in Tanzania.

Following by the finalization the parties shall now proceed to payment of the reimbursable past costs of US$5.7 million, due within five working days from Completion, and to the transfer of licence working interest to TPL.

Upon completion of the transaction, the equity in the licences shall be:

“We are grateful to the Tanzanian authorities and regulators for their assistance and prompt handling of the approval process for our farm-in application, which allows TPL to join us on the two Tanzanian licences. Knowing that reimbursement of the past costs incurred by the Company is being made and having an international exploration company such as TPL as a participant in an exciting location in the East Africa Rift system allows us to now focus on preparations for the 2016 drilling campaign,” Dr. David Mestres Ridge, Swala CEO, said.

Swala Energy Limited has received a no objection notice from the Tanzanian Ministry of Energy and Mines to the farm-out of 50% of its interests in the Kilosa-Kilombero and Pangani licences to Tata Petrodyne Limited (TPL).

Currently the Australian explorer is serving a one year extension on each of its licenses by the Tanzanian Ministry of Energy and Mining (MEM) within which an exploration well must be drilled in each of the Kilosa Kilombero and Pangani licences in Tanzania to the 20th February 2017.

These Are Three Types Of Oil Companies
Scroll to top