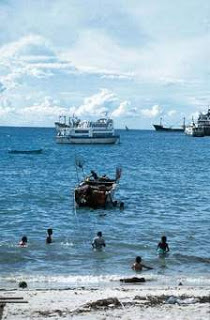 SEVERAL Australian companies have shown
interest to invest in the country’s natural gas industry, says the
Tanzania Investment Centre (TIC).
The Mtwara Gas Pipeline is expected to
be inaugurated later this month and the facility will enable the country
to produce 2800MW of power by 2016.
East Africa is now a new oil and gas
frontier after a string of hydrocarbon discoveries, which producers hope
to exploit to supply energy-hungry Asian markets. Tanzania estimates it
has more than 55 trillion cubic feet (tcf) of natural gas.
TIC said “Australian companies are
confident that they are well positioned to add value in Tanzania gas
industry, given its significant experience, knowledge and capability.”
The statement pointed out that an LNG
industry has the capacity to transform the economy and in Australia it
was able to create over 103,000 jobs during the last decade.
“Once operational these projects will
create an estimated 1,159 jobs. TIC registers gas projects subject to
approval of the Ministry of Minerals and Energy,” the statement said.
The statement said the move by
Australian investors to show interest follows invitation by President
Jakaya Kikwete during his recent visit to Australia.
The statement quoted TIC Public
Relations Manager, Mr Daudi Riganda, as saying TPDC and Australia
based-company, Squire Patton Boggs hosted dinner for Mr Kikwete.
“President Kikwete used the platform to
engage leaders in Australian energy and resources sector on the
investment landscape in Tanzania,” the statement observed.
TPDC has been designated as the national
oil company with aspirations to continue to be involved in exploration
and development activity within Tanzania and expand its reach
internationally.
Mr Clare Pope, Partner in Energy and
Natural Resources at Squire Patton Boggs, said Tanzania had taken many
important steps to ensure the development of its oil and gas industry
and participation by significant international oil and gas companies.
Mr Campbell Davidson, Managing Partner
of Squire Patton Boggs in Sydney, said: “As we see continued growth in
foreign direct investment in East Africa, we are working with a number
of key energy clients in Asia-Pacific to ensure they can benefit from
the strides being made in the energy sector.”
Between March 2007 and March 2017 TIC
registered 35 projects from Australia, worth US $1,163 million. Once
operational these projects will create an estimated 1,159 jobs
Comment

Gas pipeline to be complete next month
Scroll to top