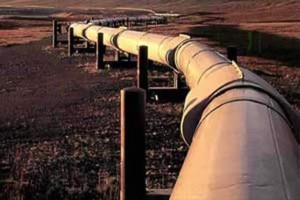 Statements issued after Ugandan President Yoweri Museveni and his Tanzanian counterpart John Magufuli met on Tuesday did not mention the fate of the Kenyan oil export pipeline plan.

Uganda, which has yet to start oil production, raised the possibility of a Tanzanian pipeline route last year.

France’s Total, one of the oil firms developing Uganda’s fields, had raised security concerns about the Kenyan route. A Kenyan pipeline could run near Somalia, from where militants have launched attacks on Kenya.

But industry officials have also said connecting Kenyan fields, which are also yet to start production, with those in Uganda would make the pipeline project cheaper as costs would be shared.

“The two countries are planning to build an oil pipeline between Tanga (in Tanzania) and Uganda covering a distance of 1,120 km,” the Ugandan presidency said in its statement. “Magufuli said this is projected to employ 15,000 people.”

Uganda’s Museveni has strong ties with Tanzania as he launched the rebellion that brought him to power in 1986 from Tanzanian soil.

Museveni and Kenyan President Uhuru Kenyatta had made a joint call in August to implement a pipeline via Kenya’s northern region “without further delay”.

But that statement was followed by other Ugandan comments saying the Tanzanian route was being explored as a possibility.

Production start dates have repeatedly been postponed, partly over pipeline considerations but also because of low oil prices.

Other investors in Uganda include China’s CNOOC and Britain’s Tullow Oil. Tullow is also is working in Kenya.