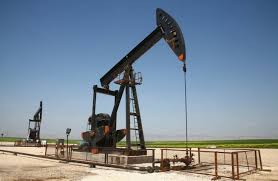 The World Bank has asked governments of Uganda, Kenya and Tanzania to develop insurance measures to guard against fluctuating oil prices as they prepare to begin production.

Addressing participants at a regional conference on oil and gas in Entebbe recently, the World Bank Senior Economist Uganda country office, Dr Jean -Pascal Nganou, said oil and gas prices will always fluctuate and countries should be prepared to handle the consequences.

The conference was organised by Friedrich-Ebert-Stiftung.
He said in case of price dip by diversifying their by economies instead of aligning every development agenda to oil and gas revenue.

“Oil and gas prices will always fluctuate, consequently, oil and gas producers should develop by themselves and for themselves a good insurance mechanism against sudden drops in world prices,” Dr Nganou said.

He added: “Saving part of future oil revenue is the most adequate response to that type of problem. Several governments have opted for a variety of oil revenue saving mechanisms.
“Uganda, Tanzania and Kenya should review these mechanisms, analyse the results achieved, and make their own choices based on realistic assessment of their own situation, needs and risks.”

The World Bank produces periodic reports on world commodity price focus. In the latest report, the bank raises hope that there is going to be a pick-up in oil prices in the international market.

In this regard, Dr Nganou said: “Our commodity price specialists believe that the price of oil will rise again and most of the projections in Uganda are based on international crude oil price of $90 (Shs319,500) per barrel. We may be right, we may be wrong and this is one of the lessons for a good management of future oil revenue.”

Other challenges
Other than oil prices, East African countries are also faced with the problem of poor infrastructure, which affects the development of the private sector. The infrastructure includes power, roads, railways which East Africa must deal with to realise tangible development.

He said improved transport, power and water supply services are essential to stimulate urban and rural growth and improve the condition of the population.

The resident director Friedrich-Ebert-Stiftung, Ms Mareike Le Pelley, said oil and gas exploration is not an end in itself for the development process.

“The East African region has had high GDP growth rate but other social indicators like income distribution, unemployment and concept of inclusive development have not yet taken root in the region,” she said. 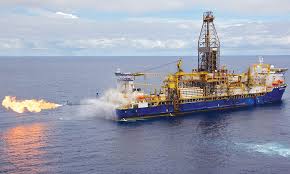 Recent oil and gas discoveries across East Africa, most notably in Mozambique and Tanzania, have seen the region emerge as a new player in the global oil and gas industry.

As exciting as the huge gas fields in East Africa are, the strong decline in oil prices and expectations for an L-shaped recovery with low prices over the coming years, are increasingly challenging the economic viability of the industry in this region.

The discoveries were expected to drive billions of dollars in annual investment to the region over the next decade.

According to BMI estimates, the finds in the last few years are more than that of any other region in the world, and the discoveries are expected to continue for the next few years. However, falling global oil prices are threatening the commercial viability of many of these gas prospects.
Gas opportunity

New exploration on more frontier blocks, however, will likely be slowed as oil and gas prices fall and companies apply increasing caution to investing in frontier markets with nascent industries, poor infrastructure and long lead times.
Driving down prices

This trend of lower prices is unlikely to reverse in the near future with future prices estimating the average Brent crude oil price to range between $50-65/bbl over the next five years. Industry research estimates that an oil price of $70-80/bbl would be needed for the LNG gas projects just to break even.

Sustained lower oil prices are likely to take a heavy toll on the development of upstream gas production and downstream refining projects in the region, as pricing uncertainties affect the commercial viability of LNG projects, delaying investment in the region.

This will likely see companies hold off on Final Investment Decisions (FID) as they attempt to overhaul projects to cut costs and wait for more certainty on the direction of prices.

In Mozambique, for example, both Eni and Andarko have yet to reach a FID on their respective LNG projects. The lower price environment will likely force these companies to secure more off-take agreements before reaching FID.

Furthermore, it is unclear whether these projects would be economically viable at current pricing levels, and given expectations for a slow recovery in oil prices over the coming years, we could see further uncertainty and delays in reaching FID.
Evaluating strategy

The free fall of global oil prices is forcing companies to re-evaluate their growth strategy in the region. Anadarko CEO, Al Walker told investors that it is “unlikely that we will have the kind of margins that we have seen historically that would encourage us to go back into a growth mode.”

In Tanzania, the situation is just as precarious. Gas output will depend on construction of an LNG export terminal; however the project partners – BG Group, Ophir Energy, Statoil and ExxonMobil – have yet to reach FID, due to pricing uncertainties and a range of legal and regulatory hurdles.

Downstream refining projects are also in jeopardy. According to a Sasol report, Sasol, Eni and ENH have announced a partnership to look into a feasibility study for a large-scale gas-to-liquids (GTL) facility in Mozambique.

However, key to the progression of a GTL project in Mozambique will be the cost of the gas feedstock and the long-term outlook for oil prices. Central to GTL economics is the price spread between natural gas and oil.

On a positive note, both Mozambique and Tanzania are expected to experience positive gas consumption growth as their respective governments look to increase the use of natural gas in domestic power generation. However, as in the case of Nigeria, there is a risk that each government may fix domestic gas prices, which could hinder investment in the region. Interestingly, Nigeria recently raised local gas prices to stimulate investment and plug persistent local shortages.

prepared by  Adam Bennot is a private equity Analyst at RisCura, a global, independent financial analytics provider and investment consultant. He is responsible performing valuations of companies held by private equity funds and funds of funds in Africa. 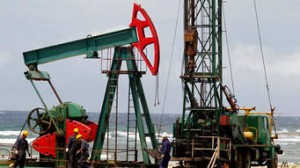 Now is time that some of college students in Tanzania have finished their four years of petroleum engineering, and others three years in petroleum geosciences.

At the same time Tanzanian students who had left the country for oil and gas  studies have reached their graduation date, now back to home.

The fundamental question here is the guy who will hire them now?

The situation not only bad for recent Tanzanian graduates, but also  many graduates across the world are now sweating.

When I visit Internet oil and gas forum, recent graduates worldwide share their sad stories, they just staying home with parents waiting for the oil price to restore.

Never panic:
Don’t panic this normal to the oil and gas industry,
The best thing I recommend you to do now is uploading your CV in these  job sites for petroleum jobs

Once you have uploaded your CV you become visible to the oil and natural gas companies and recruiting agency, so you raise your chance of searching for the job.

Must Read..5 ways to get job you want in oil and gas industry

Final Words
This is the worst time  for newly graduates, but If petroleum industry is your passion, you will work hard and are gained.