Bloomberg) — Uganda will be able to get the cash it needs to build a planned $3.5 billion oil-export pipeline, with financiers ready to commit funds as soon as a final investment decision is made, according to Stanbic Bank Uganda Ltd.

The project has attracted “a lot of interest” and raising capital “is not a problem,” Stanbic Chief Executive Officer Patrick Mweheire said Tuesday in Kampala. The pipeline, which is crucial to plans by Total SA, Cnooc Ltd. and Tullow Oil Plc to tap the country’s first oil, has faced opposition from lobby groups who have voiced concern over its potential environmental impact.

Uganda, with discoveries of 6 billion barrels of oil resources, is targeting the start of production in 2022, while the 216,000-barrel-a-day pipeline would begin operations the following year. The government has said that an FID to develop the finds and build the pipe could unlock as much as $20 billion of investment.

Standard Bank Group said in June it was reviewing a request by lobbyists to withdraw from funding the proposed pipeline. The lives of as many as 14,500 people along its route could be affected, according to the request, which was signed by organizations including U.K.-based Global Witness.

Stanbic and Japan’s Sumitomo Mitsui Banking Corp. are the lead arrangers for financing of the 900-mile conduit, seeking to raise $2.5 billion in debt funding. Total, Cnooc and Tullow will also provide funds, as will the government.

“There are a lot of people sitting on the sidelines; funding for the pipeline can be raised,” Mweheire said. “We are all working collectively for FID.”

An investment decision on the pipeline, which would run from Hoima in Uganda’s oil region to the Tanzanian port of Tanga, is targeted later this year.

To contact the reporter on this story:
Fred Ojambo in Kampala at fojambo@bloomberg.net 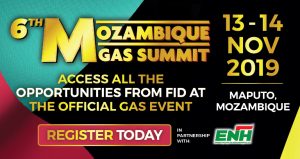 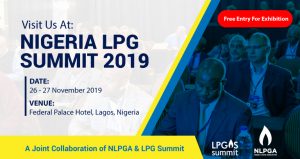