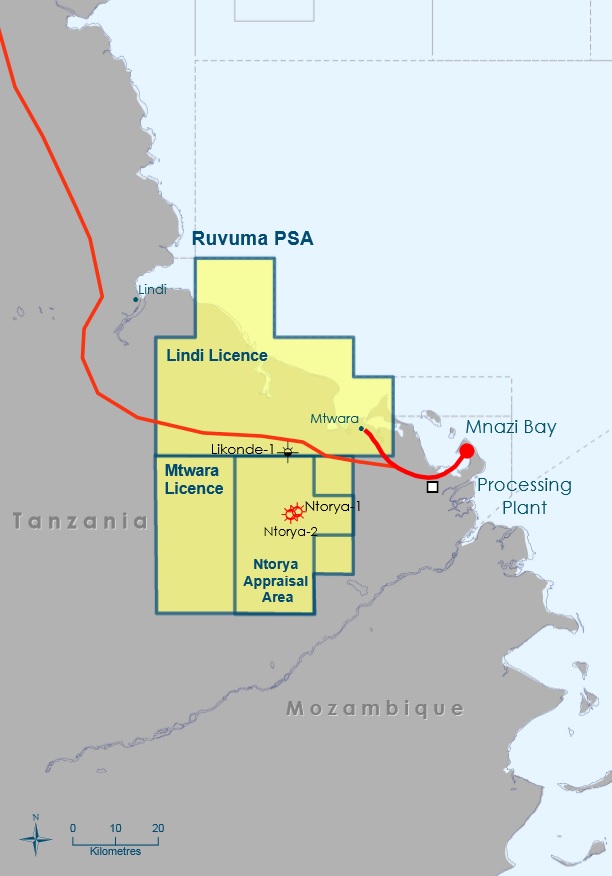 AAIM-listed Aminex said July 11 it has agreed to farm out a 50% stake in its Ruvuma exploration licence, onshore southern Tanzania, to Oman-based Zubair Corporation – which already owns about 30% of Aminex – in a deal that could be worth up to $40mn. The licence includes the Ntorya gas discovery with almost 1.9 trillion ft3 (53bn m3) of gas in place.

Aminex said that Zubair plans to assign the 50% stake to ARA Petroleum Tanzania (a company under formation), which will be an affiliate of Zubair’s Eclipse Investments.

The deal however illustrates the reluctance of other international operators to increase their exposure to Tanzania, at a time when its populist government has interfered extensively with the upstream industry as well the mining and power generation sectors.

Aminex would be fully covered for its share of costs up to $35mn, in respect of its remaining 25% post-transaction interest, which it said implies a potential expenditure by ARA of up to $105mn for its 75%. In the event that 40mn ft3/d gross output is achieved before Aminex’ 25% interest having been carried for the full $35mn, ARA will assign 25% of its share of profit gas to pay the unspent carry up to $35mn.

Aminex noted that Ntorya has 1.87 trillion ft3 gas initially in place, according to a 2017 report by independent reservoir auditors RPS Energy Consultants. The farmout, which requires Tanzanian government approval, is expected by Aminex to be completed prior to November 30 2018. Tanzania has been slow to provide such approvals recently; nonetheless Zubair said its deal “emphasises our firm belief in the Aminex portfolio and in Tanzania.”

Aminex said the deal will free it up to develop further its Kiliwani and Nyuni assets, elsewhere in Tanzania. AIM-listed Solo Oil executive chairman Neil Ritson said it “provides a clear commercial and technical validation of the Ntorya project, which we hope will now move quickly towards production.”