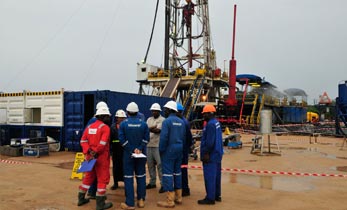 London based firm Aminex has revealed that it in talk with an affiliate of the Oman-based Zubair Corporation for a farm-out transaction at Ruvuma.

Aminex pointed out that Chikumbi-1 well (which was just renamed from previously Ntorya-3) at a request of the government of Tanzania will now be drilled deeper to test an additional exploration target.

The planned well will be drilled to a depth of 3,400 meters, but aim to test the same gas reservoir that discovered in Notrya -1 and Notray-2

It noted that it is expecting a rig tendering process to drill Chikumbi-1 well is due to close by the end of June. , and the Chikumbi well spud-date is expected later this year based on rig availability.

Solo Oil boss Neil Ritson, said: “We are pleased that plans to drill at Ntorya continue to advance and that a second target below the Ntorya discovery can additionally be tested with the planned well.
“Solo continues to make its own plans, in parallel with Aminex, to fund the eventual development of Ntorya, which we anticipate will follow the Chikumbi-1 well.
“The receipt of a 25-year development license for the Ntorya discovery remains a key step in our plans to monetize the discovery and we look forward to furthering news on that in due course.”