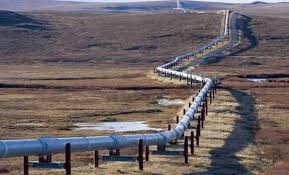 For starters, Uganda this month-signed an agreement with Tanzania to build pipeline to Tanga

The idea is for this pipeline to become the export conduit for Uganda’s oil once drilling starts.

Trouble is, Kenya had earlier signed an MoU with the same Uganda to build a pipeline to route their oil through northern Kenya to Lamu.

The prime mover in the change of plan from Lamu to Tanga reportedly is the French oil giant Total.

Its beef with the Kenyan route is about “insecurity” along the so-called northern corridor, where banditry and cattle raiding among the Turkana, Pokot and Samburu is a way of life.

Originally, the hinterland Lapsset had in mind at conception was South Sudan and Ethiopia.

That was well before oil was discovered in northern Kenya, and before Uganda was officially brought on board.

Aside from the question of when Kenya will be ready to drill, the projected volumes will not offset those from the Ugandan oilfields.

Sure, South Sudan has plenty of oil, and a pipeline through northern Kenya was primarily for this reason.

But there are good grounds to question the reliability of this country for Lapsset, at least in the short term.

Instability and civil war have become the norm there.

The existing pipeline through Sudan to the Red Sea, and even the oilfields themselves, have had to remain shut for long periods.

The more serious concern, though, should be Ethiopia.

Lapsset without it is like New York City without Wall Street.

Ethiopia is the neighbourhood Goliath – the most populous country in our region (90 million people), with the second biggest economy (after Kenya’s), and the fastest growing.

But it has the misfortune of being landlocked since it separated with Eritrea in 1993.

Presently, it relies on Djibouti port for its exports and imports.

Lapsset’s biggest desire is to lure this traffic through Lamu, hence the fast-tracking of the tarmacking of the Isiolo-Moyale highway as a first step.

However, by the time Lapsset is up and running, it may find the situation has greatly changed.

Currently the Addis Ababa-Djibouti rail link (which Ethiopia co-owns) is being upgraded.

The existing metre-gauge railway will be replaced by a spanking $3 billion electrified SGR being built by (who else?) the Chinese. It could be operational as early as next year.

It is unlikely Ethiopia will want to shift its business south to Kenya after undertaking all this capital investment.

Of course, Djibouti will do anything to ensure the booming commerce from Ethiopia does not go away.

It is working as hard as anybody to modernise and upgrade its port, among other initiatives.

The little Muslim country is careful to also let its big and powerful neighbour into certain delicate arrangements.

It so happens that Djibouti hosts two big French and American military bases.

Since its society won’t allow its women to fraternise with the foreign soldiers, it discreetly lets in scores of Ethiopian girls to come over and do their thing.

Not to be left out, Tanzania is building its own huge $11 billion port at Bagamoyo.

Funded by China and Oman, it aims to eclipse Mombasa as the premier port in East Africa.

Yet in this rush for mega projects, we could be creating too much overcapacity that may condemn these projects to white elephants.

TANZANIA: Pain and gain on the way for oil and gas at Mkuranga