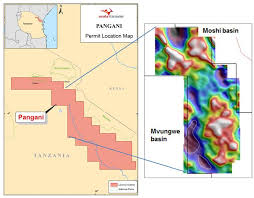 Besides funding exploration, the farm-in has allowed Swala the flexibility to redeem outstanding convertible notes worth $598,000. This stabilises the issued share capital of the company ahead of its planned corporate and asset activity in 2016.

The strategic benefits of the farm-in have made a dramatic impression on investors, resulting in Swala’s share price marking about a 77% increase since the first week of October.

“Knowing that reimbursement of the past costs incurred by the Company is being made and having an international exploration company such as TPL as a participant in an exciting location in the East Africa Rift system allows us to now focus on preparations for the 2016 drilling campaign.”

The upcoming Joint Venture drilling will aim to improve confidence in two EARS projects, geologically related to structures which host at least 2 billion barrels of oil.

Seismic work carried out in 2013 identified a large-scale structure in the Kilosa basin, measuring some 40-50km2 in extent. More importantly, it identified the “Kito” prospect in the Kilombero basin, where initial analysis suggested structural trapping analogous to that seen in Uganda (where more than 4 billion barrels of oil have been discovered to date) and Kenya (more than 600 million barrels).

The 17,156-square-kilometre Pangani licence, meanwhile, has demonstrated the existence of in Moshi of a fault-bounded basin some 25 kilometres wide with sedimentary fill of between 2,000 -3,000 metres.  The Company is still reviewing the 2014 seismic data and focusing on the Kikuletwa lead, to the west of the basin.

Initial studies carried out by Swala earlier this year have clarified the operational issues associated with drilling in Tanzanianand confirmed estimated drilling costs below US$10 million (gross).

In Kenya, the company owns a 50% working interest in Block 12B, operated by Tullow Oil (LON:TLW).  The Operator is currently reviewing the seismic work acquired in 2014, which have already identified a number of leads and prospects.

Drilling is largely funded, with key partners including Tullow Oil (LON:TLW) and three wells slated for drilling on three licences in early 2016.

Swala’s listing on the DSE and relations with Tanzanian regulators represent part of a broader strategy of local integration which is at odds with the less inclusive business models of foreign listings practiced by some of the region’s large oil and gas operators.

This approach is based on a premise that early ownership brings value to local investors and further reinforces development prospects for the assets concerned.

Engagement with this strategy has encompassed a number of locally-focused marketing and communications efforts on the part of Swala, including:

• Commitment to local ownership, especially at the early seed stages.

• Commitment to local listing and close cooperation with the market authorities – many are very early-stage.

• Commitment to the communities in a meaningful manner (the trust concept).

Swala’s 77% share market turnaround in recent weeks despite the environment of a generally struggling oil and gas market is noteworthy and a solid indicator of the company’s potential versus its peers.

These catalysts most notably include the 2016 drilling campaign for the EARS projects.

Swala’s listing on the DSE shows that there is both the appetite and the ability to participate – at least in the early stages.

Swala’s holdings are predominantly in the world-class EARS area with a total net land package in excess of 9,000 square kilometres after the farm-in over Tanzania and Kenya.

New discoveries have been announced in a number of licences along this trend, including Ngamia, Twiga and Etuko, which extend the multi-billion barrel Albert Graben play into the eastern arm of the rift system. Swala has an active operational and business development programme to continue to grow its presence in the promising hydrocarbon provinces of Africa.

To date, over 2 billion barrels of oil have been discovered in the Albertine Graben of Uganda. More recently, there have been oil discoveries in the Ngamia -1 and Twiga-1 wells in Kenya.

These discoveries have provided compelling evidence that the presence of oil in the rift systems is geographically more extensive than previously thought.

Work to date by Swala has identified key prospects with strong similarities to the recent EARS discoveries.

Tanzania’s gas reserves have been estimated to total between 50-53Tcf.

Swala’s business model is to have ownership from the get go. With this strategy, it is seeking to emulate proven African energy company success stories from the likes of African Oil (ASX:AOI), Cove Energy and Tullow Oil.

Swala has adopted a prudent farm-out strategy, whilst retaining interests that provide leverage to any drilling success.

The uptick in share price provides a counter to participate in the 2016 exploration well to be drilled on the Kito prospect in the Kilosa-Kilombero licence. We would expect to see ongoing interest and further investor participation in the lead up to this very exciting exploration and drill program commencing.

With the redemption of outstanding convertible notes, this will remove an overhang of shares that should provide clearer air for the stock and potential to track considerably higher than current share price of $0.077 in 2016.