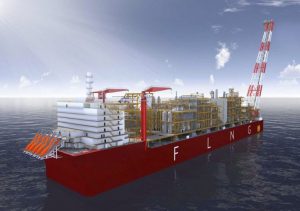 As 2019 comes to a close, I thought I would take a moment to review some important developments which have happened in the East African oil and gas industry in 2019 and forecast future activities.

So, let’s dive into the field operations.

In terms of announced project, Mozambique took the lead in Sub-Saharan Africa after Nigeria. Two LNG projects reached the final investment decision (FID) in the period of two years.

Mozambique has discovered 125 trillion cubic feet (TCF) of natural gas at the Rovuma Basin in Northern Mozambique. This is enough gas to supply domestic markets as well as Italy and Germany for 15 years.

Mozambique is set to become the third largest LNG exporter in the 2020’s with capacity of 30 MTPA once LNG facilities are fully operational.

These developments present immense opportunities for service companies and suppliers with offering related to LNG construction.

On drilling, independent oil and gas companies are pushing their drilling programs in order to become the next gas producer in the region by 2020.

For example, in September 2019, Dubai-based Dodsal Group announced that it is gearing up to start drilling three exploration wells in its offshore Ruvu Block, located 50 kilometer of Dar es Salaam. The company wants to fast track developments for start up production in 2020.

Also, in its latest announcement, UK-based Aminex and Oman-based Ara Petroleum Tanzania Limited agreed to fast track drilling plan of Chikumbi-1 well onshore Tanzania. The company is getting ready to supply the much-needed gas in Tanzania.

Foreign operators such as Indonesian Medco Energi and Ara Petroleum used Merger and Acquisition and farm out deals to access lucrative blocks in East Africa.

What the Future Holds for East Africa

The East African oil and gas market is poised for further growth and the region has a very successful drilling rate. It is up to regulators to attract the right players who are willing to take risk for the benefit of all stakeholders and support continued economic developments in the region.