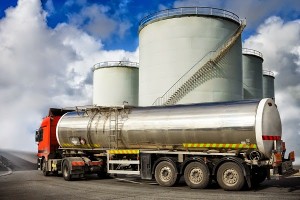 Kenya is considering moving its crude oil to Mombasa by road and railway as President Uhuru Kenyatta’s administration races to hit export markets before the General Election set for August next year.

The Energy ministry has offered Rift Valley Railways (RVR) the contract to move the oil over a distance of more than 800km, from Eldoret to the Kipevu-based Kenya Petroleum Refineries  (KPR) from as early as February next year.

By choosing trucks and train, Mr Kenyatta’s administration appears determined to sidestep bureaucracy involved in constructing a joint pipeline with Uganda in an effort to beat its tight timelines.

“We are quite ambitious but we know we will be able to pull this off in the next 12-16-month window,” said the head of Presidential Delivery Unit Nzioka Waita.

“And as we speak, work has been done to improve the road network from Lokichar to Lodwar and from Lodwar to Kapenguria to increase the shoulder size to allow trucks which carry crude oil to convey it to Kitale and subsequently to Eldoret,” Mr Nzioka said in a presentation made during the Governors’ Summit last week.

The upgrade of the 213km- road from Lokichar to Kitale has been top of the government’s agenda as it looks to facilitate the quick transport of crude to an export terminal in Mombasa.

Kenyan officials also appear to be keen on sidestepping the long process of constructing a joint crude oil refinery under discussion with Rwanda, South Sudan and Uganda.

The joint projects were supposed to be built in public-private partnership model.

South Sudan is embroiled in civil strife since 2013 while Uganda has in recent months been preoccupied with political campaigns that culminated into Thursday’s election.

Uganda, which aims to start crude production by 2018, recently signed an agreement with Tanzania to explore the possibility of building a crude oil pipeline between the two countries.

Although Uganda had agreed to the Kenyan route, it said Nairobi had to guarantee security for the pipeline, along with financing and cheaper fees than alternatives.

Settling for a route through Tanzania could slow some projects in Kenya, which are planned to run alongside the pipeline on the land corridor in the North of the country to Lamu, where Kenya wants to build a new port to serve the region.

“We are now trying to refurbish Kipevu plant– which has only been bringing petroleum in – to take petroleum out,” said Mr Nzioka.

“At the Kipevu plant, they’ll do what they call first line refinery and then take that into the export market.”