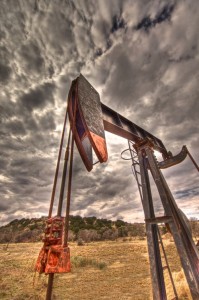 In July 2015, we published an energy briefing on the Tanzania Extractive Industries (Transparency and Accountability) Bill 2015 (the TEI Bill) and the Oil and Gas Revenues Management Bill 2015 (the OGRM Bill). Since then, the Bills have been passed by Parliament and assented to by the President. This month’s briefing will briefly highlight what changes have occurred between the Bills and the Acts and summarise the key issues of these Acts of Parliament.

The Tanzania Extractive Industries (Transparency and Accountability) Act 2015 (TEI 2015) and the Oil and Gas Revenues Management Act 2015 (OGRM 2015) have been enacted to further regulate Tanzania’s booming energy sector. The central new law in the energy sector’s legal framework is undoubtedly the Petroleum Act 2015 (PA 2015), an Act which we have analysed at length in a separate briefing which has also been released last month.

What are the key changes between the TEI Bill and TEI 2015?

Extension of the application of TEI  2015

The definition of “extractive industry company” has been amended to specifically include both private and state owned companies engaged in exploitation of minerals, oil, natural gas and includes any other company engaged in natural resources extraction.

Under the TEI Bill the fifteen members, additional to the Chairman of the Committee, were to be made up of individuals who possess knowledge and experience relating to extractive industries. This has been amended in TEI 2015, so that the members of the committee will be made up of those that possess knowledge and experience in the governance of industries in general.

TEI 2015 expressly states that when appointing members to the Committee, specific regard must be given to gender balance.

Functions and powers of the Committee

The Committee shall require extractive industry companies to disclose to the Committee accurate records of the cost of production, capital expenditures at every stage of investment, volumes of production and export data from extractive industry companies in respect of each licence, rather than every financial year as was the case under the TEI Bill.

The Committee’s functions under section 10 have been expanded to include: (a) promoting the effective citizen participation and awareness of resources governance in extractive industry and its contribution to socio-economic development; and (b) making consultations amongst Government civil society and companies for effective management of natural resources.

TEI 2015 provides for the founding of the Tanzania Extractive Industries (Transparency and Accountability) Committee, which shall be an independent government body with oversight responsibilities for promoting and enhancing transparency and accountability. The Committee shall be comprised of no more than sixteen members, with the Chairman appointed by the President. The remaining members will be appointed as described above.

The overarching purpose of the Committee is to ensure that the “benefits of the extractive industry are verified, duly accounted for and prudently utilised for the benefit of the citizens of Tanzania”. In order to achieve this, the Committee shall, amongst other things (including those functions new to TEI 2015 outlined above):

All companies working in extractive industries shall also be required to provide the Committee with an annual report detailing their corporate social responsibility programmes and also submit to the Committee their capital expenditures at every stage of investment. Failure to do so will be a criminal offence.

Also as part of the transparency regime, the Committee shall require the publication of the following information:

This is a big point for all companies in the extractive and energy sectors. Will all Production Sharing Agreements and Mineral Development Agreements need to be published for example? How does this sit with the confidentiality provisions in these agreements? We are monitoring the application and enforcement of these provisions.

Amendment of the Mining Act

What are the key changes between the OGRM Bill and OGRM 2015?

Extension of the application of OGRM 2015

“Additional oil and gas entitlements” which in the OGRM Bill referred to the portion of a contractor’s share of oil and gas produced to which the Government was entitled to a share, had been removed from OGRM 2015.

“Government profit share” has been included in OGRM 2015 as the remaining balance of profit gas or profit oil payable to the government after deducting contractor’s profits of oil or gas.

OGRM 2015 provides that taxes and levies shall continue to be assessed, collected and accounted for by the Tanzania Revenue Authority (TRA), whereas non-tax oil and gas revenues shall be collected and accounted for  by the National Oil Company (TPDC) – this includes surface rentals and block fees. The Petroleum Upstream Regulatory Authority (formed under PA 2015) shall be responsible for auditing the cost recovery on the exploration, development, production and sale of oil and gas to determine government profit share and royalties.

Another significant development is the forming of the Oil and Gas Fund (the Fund), whose objectives shall be to ensure that:

The Fund shall receive its capital from Government royalties, Government profit share, the dividends on Government participation in oil and gas operations, corporate income tax on exploration, production and development of oil and gas resources, and the return on investments of the Fund.

Amongst other reasons, these fiscal rules have been based upon the recognition that it is important to protect the Tanzanian economy against the inherent volatility of oil and gas revenue and the presence of uncertainty over the timing and size of that revenue.

The Tanzanian Explorers Club (TEC) is for people working in, or affiliated with, Tanzania’s energy industry, specifically the mineral exploration sector. TEC provides an informal environment to facilitate networking and information sharing between key participants of the industry.