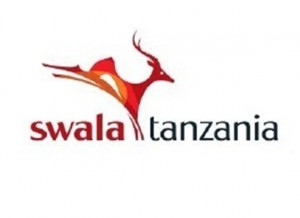 Swala Energy (ASX:SWE) has repaid an interim loan facility of US$1.1 million to 9.2% cornerstone shareholder Hayaat International that was struck in June 2015.

No interest was payable by Swala under the loan facility. Abu Dhabi-based Hayaat International has been an investor in Swala since November 2013 with an initial A$3.3 million holding.

Swala chief executive officer Dr. David Mestres Ridge said today: “We are once again grateful to Hayaat, a cornerstone investor in Swala, for their ongoing support and in particular having provided interim funding under the Loan Facility.”

The loan was repayable from the proceeds of the farmouts with Tata Petrodyne Limited, a subsidiary of the multinational Tata Sons Limited, which is farming into the Pangani and Kilosa-Kilombero licences in Tanzania.

Tata Sons is the holding company of the Tata Group and holds the bulk of the shareholdings in the companies within the Group. The Tata Group has a market capitalisation of approximately US$110 billion.

Swala is the first oil and gas company to list a subsidiary on Tanzania’s Dar es Salaam Stock Exchange last year – securing US$5.7 million (A$7.8 million) in development funding earlier this month via the farm-in deal with the conglomerate.

Under the terms of the farm-out agreement with TPL, TPL will carry all of Swala Tanzania’s drilling related costs up to a maximum of US$2.5 million (equivalent to a gross well cost of US$10 million).

Swala firmed up the Kito Prospect within the Kilosa-Kilombero licence as the drill target for the 2016 campaign. Swala Energy has a net participating interest of 29.2% as at 30th September.

Recently, Swala began readiness for an acceleration in onshore oil and gas activity in Tanzania in 2016 by engaging a drilling support contractor ahead of further exploration at the Kilosa-Kilombero and Pangani licences.

The agreement with Tata energy subsidiary Tata Petrodyne covers the Kilosa-Kilombero and Pangani licences in Tanzania, both located on a proven oil trend called the East African Rift System.

While in Uganda, the company has also been preparing for the upcoming licensing round in Uganda, where it is one of 16 companies accepted as pre-qualified by the Ugandan Petroleum Commission. The bids are currently expected to be lodged on the 15th January 2016.