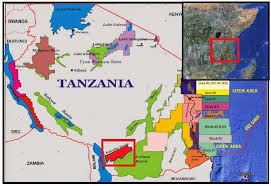 Tanzania, with its oil seeps, seismic and other data shows strong hydrocarbon potential in its upstream oil industry sector. However, only 20 ‘wildcat’ exploration and eight development wells have been drilled so far in a 222,000 km2 area and therefore, the country could be classified as under-explored.

It is therefore, telling that Dr David Mestres Ridge, the CEO of Swala Energy Tanzania noted in a key address to the company’s shareholders meeting held in Dar es Salaam recently that, “though Tanzania is currently poorly placed on the African and global map among the top oil and gas producers, the situation should change in a decade if the offshore gas is produced”.

The Middle East produces most oil but it’s third in gas production. Africa’s prospects, though comparatively mediocre in terms of oil/gas production, has been ably represented by Nigeria, Angola and Algeria but soon, as Dr Ridge noted, Tanzania might also stand out to be counted among the Africa’s greats in oil and gas production. Barely two decades ago, there was evidently little enthusiasm by oil exploration and production companies to venture into East Africa.

However, in recent years, there has been a new-found interest in the region’s oil sector-an interest that has sparked jostling for exploration ‘blocks’ by scores of potential investors in the industry. Among those investors is Swala Energy Tanzania, a locally-owned oil and gas company that has been listed on the Dar Es Salaam Stock Exchange (DSE). Swala’s current exploration blocks are in Pangani in the north-eastern coast of Tanzania and the Kilosa-Kilombero basin in Morogoro region, the latter of which the company will start drilling in 2016.

The attendant exploration activities have led to some new ‘finds’ within the region and has whetted further interest by oil companies to keep a keener eye in the region. Among the finds, Uganda leads the pack.

It recently discovered 4 billion barrels of oil, followed by Kenya with 600 million barrels, an admittedly sizable combined quantity in a region that had been neglected for a long time. Tanzania on the other hand, has held sway in gas production and boasts such vast deposits that, as Dr Ridge notes, “…if poured all over the country, they could cover the whole country to a height of 1.5 metres”!

Dr Ridge foresees a bright future for the oil sector in East Africa in general and in Tanzania in particular and the country could be a regional oil and gas powerhouse if the offshore gas is developed. The recurring unpredictably erratic oil prices have displayed a yellow light to the oil and gas companies, making the investment in the sector a potentially risk-prone undertaking.

The prices have been determined by overriding factors among which are: lower prices in North America due to abundance of shale gas, medium prices in Europe supplied mainly by gas from the Russian Federation and higher prices pushed by the Fukushima nuclear disaster in Japan a couple of years ago. The price slump climaxed between 2014 and 2015 with a drastic fall from over $120 per barrel to the current $ 50 per barrel.

“The implications of the collapse of the prices has meant less revenues from oil production and therefore, countries will have to tighten their belts while projects that were previously viable and competitive at lower prices will no longer be feasible,” says Dr Ridge. Though it might be cheaper to produce oil/gas in East Africa, Dr Ridge sees a major challenge in transportation to the market once the production starts.

This is because most of the closer markets are already being supplied by the existing producers for example Latin America is supplied by Bolivia, Nigeria supplies Europe, Brazil and Japan, Russia too send gas to Europe and it’s soon expanding to China and Japan. With the congested market, Dr Ridge sees East Africa’s option, as a late entrant to the fray, will have to send its commodity to Japan.

“It’s probably going to be cheaper to produce oil and gas in East Africa but its distance from the markets will mean more expensive transportation costs,” notes Dr Ridge and adds that besides the distance, there will still be competition particularly from Australia, Qatar and Russia.