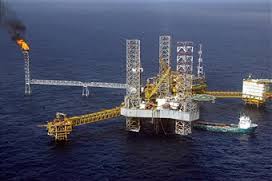 Octant Energy Corp. (TSX VENTURE:OEL) (the “Corporation” or “Octant”) announces that it has entered into three agreements with subsidiary companies of Afren PLC to acquire assets in the Republic of Kenya and the United Republic of Tanzania (the “Proposed Transaction”).
The assets include Kenya Block L17/L18, Kenya Block 1, and in Tanzania, the Tanga Block.
The acquisition is important in the development of these assets for the region as it ensures that a team with extensive regional knowledge progresses the respective Production Sharing Contracts forward and raising the profile of the region through the continued delivery of near term actionable items on these assets.
READ:  2 Reasons why east African oil and gas industry could-change global energy market
The Octant team is lead by Richard Schmitt, President & CEO, and Christopher McLean, Executive Chairman. Both men have a long term history in the region with experiences going back to the initial acquisition and finance of the current discoveries in Kenya and select assets in Tanzania over the last 7-10 years.

Richard Schmitt, President and CEO of Octant says, “I am encouraged to be working with assets I know well from my past experiences.

This portfolio that Octant has secured is pivotal in the future development of Kenya and Tanzania as they further movement towards energy security and domestic growth in the countries. For me, being a part of East African growth and development again is a great opportunity and privilege.”

At this time Octant is evaluating its future capital requirements with respect to these PSC’ and will provide future updates with respect the Proposed Transaction in due course.
Comment