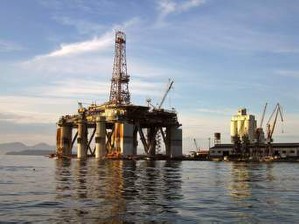 Oil prices have stabilised and a gradual increase is now possible, according to Tullow Oil chief executive Aidan Heavey

Prices have plunged to historic lows over the past 12 months, a boon to consumers but heaping pressure on Tullow and other producers.

Tullow “reset” its business early on to weather the price collapse, he said. That included signing up so called “farm-in partners” to help cover costs and reducing outgoings.

The company reduced its oil exploration budget to $200m a year in 2015 but sees that potentially doubling in future.

Meanwhile, in relation to one of its biggest projects in Uganada, Mr Heavey plans to take a final investment decision (FID) in early 2017, later than planned.

Tullow discovered oil in Uganda in 2006 and had planned to make an FID on its oilfield by the end of 2016.

“You need a pipeline route firmed down and then you need to get FID. So FID probably in early 2017 and then three years later, you would have first oil,” Mr Heavey said at the Africa Oil Week conference organised by Global Pacific & Partners.

Tullow expects to obtain a production licence this year in Uganda and to start oil output there in 2020, he said.

Uganda has been pushing for an earlier production date around 2018, citing work by other investors. But previous targets have slipped.

“CNOOC which has a production licence has been doing a lot of work toward production and our 2018 target still stands.”

Any investment decision will hinge on a route for an export pipeline out of land-locked Uganda to a port on the Indian Ocean.

A proposed northern Kenyan route has raised security concerns as it lies near war-torn Somalia. Total is considering a pipeline through Tanzania. Shares in Tullow closed down 4.65pc at 195pence in London