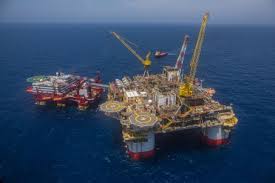 Hopes of extracting liquefied natural gas (LNG) in the Indian Ocean have been dashed after officials implementing the multibillion-dollar project discovered an underwater canyon that is likely to cause delays.

Work on the over US$15bn plant for LNG exports earmarked to start in 2020  now likely to take longer than expected should the government and other key players, specifically oil marketers BG and Statoil, fail to reach an agreement.
You can also read:why investors should be ready for new petrol regime
Venosa Ngowi, a senior petroleum geologist in the state-owned Tanzania Petroleum Development Corporation (TPDC) told the Tanzania Editors’ Forum in Bagamoyo last weekend that the project has ‘stalled’ because at the firms and the government have not decided how to circumvent them.
The forum was organised by the Journalists Environmental Association of Tanzania (JET) to brief journalists on contentious issues in the extractive industry.
Acknowledging that more needs to be done, Ngowi said the TPDC and oil marketing companies were now cooperating in  overcoming the challenge. She said Tanzania, with its latest discoveries standing at 55.2tcf, holds one of the biggest East African natural gas reserves after Mozambique.
Ngowi said 11 wells have already been drilled, among which four were generating power for domestic and industrial use.
“Because of the high demand for stable power supply, TPDC has even been using a gas well at Mkuranga, Coast Region, which is not economically viable for supplying . All the wells being used do not include the new ones drilled offshore,” she said, referring to the challenge of setting up an LNG facility.
In addition to canyons, construction of the onshore LNG export terminal that would handle two train rakes has been delayed mainly because of complex land acquisition procedures and an uncertain legal and regulatory framework.
Energy experts have warned the government not to rush into making decisions on the project, considering that oil and gas prices on the global market are currently not appealing.
Nevertheless, Natural Resources Governance Institute (NRGI) senior regional associate Silas Olan’g cautioned the government not to take decisions based on pressure from oil marketing firms.
He said it was very likely that the government would lose if prices of oil and gas stabilise in the global market, pointing out:
“This is not a new thing. It happened during the rush for gold extraction when pressure was put on the government and it took non informed wrong decisions when the price of gold was not attractive on the world market.
“This is what is likely to face Tanzania if it now implements uninformed decisions,” he told this reporter on the sidelines of the forum. He added: “A good investor won’t rush to make investment decisions in the middle of low prices.” he added.
Dr Ellen Otaru, the JET chairperson called on the editors to take part in the entire process of reporting the extractive industry for the public to make informed decisions before implementation.
Comment