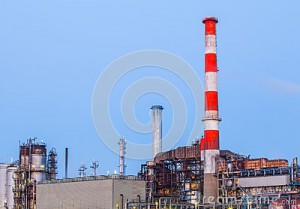 THOUSANDS of residents in Zanzibar will have access to clean and safe water, thanks to the drilling of 100 wells at a total cost of US $5.6 million dollars (about 11.7bn/-) donated by Rak Gas LLC, a company from the United Arab Emirates (UAE) involved in the exploration of gas and oil in the islands.

The company handed over one of the wells at a ceremony graced by Zanzibar Second Vice-President, Mr Seif Ali Iddi, yesterday, in Chumbuni constituency, Urban West region. The water project was undertaken in two phases in which 50 wells were drilled in each constituency by Basix East Africa, a member of Basix International Limited.

“Each of the well has the capacity to produce between 17,000 and 20,000 litres of clean and safe water per day. We have as well installed water pumps at all the wells in addition to the construction of six storage tanks in some areas,” said Basix east Africa Managing Director, Mr Amani Mworia.

In his remarks, Mr Iddi thanked the company for the contribution and urged residents to maintain them, in addition to conserving other water sources in the islands of Unguja and Pemba. “Water is life.

Whoever assists you to get water is a friend indeed. My regards to the leader of Ras Al Khaimah State, Sheikh Saud bin Saqr al Qasimi, for his contribution in the implementation of the project,” he stated.

He said that before the Zanzibar Revolution of 1964 water problems were serious, but the situation had changed gradually as many people now could access the precious liquid.

“Once we are provided with land we will immediately embark on the project. Apart from water the company also supports education and health sectors, as well as construction of mosques,” Mr Ataya remarked.

“The water wells were drilled in all the five regions of Zanzibar the well we are receiving today at Chumbuni is among those donated by Rak Gas,” the minister explained.

For his part, Zanzibar Water Authority (ZAWA) Director General, Dr Mustafa Ali Garu, said the authority would ensure that the wells were well maintained and protected in order to benefit all the people.